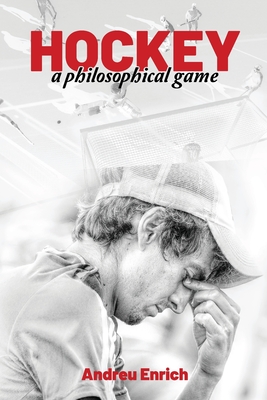 This book emerges as a compilation of 33 different texts, produced by Andreu Enrich during the last three years. All texts revolve around the nature of our sport while addressing a broad variety of topics. You will find reviews from major hockey events, articles about the rules of the game and its different formats. But also reflections about how to manage your squad and the talent within your hockey institution. However, the most important part of the book is about coaching and playing, so the reader will find many articles on these two topics. Andreu's way of approaching these topics is eminently philosophical. He tries to highlight new points of view while provoking, promoting the surprise and the reflection of the reader. Andreu Enrich (Terrassa, 1984) is a former international hockey player and currently a hockey coach. He played most of his time in Atl tic Terrassa Hockey Club and also worked for the Spanish Hockey Federation. He also had hockey experiences in the Netherlands (Pinok ), Belgium (KHC Leuven and Royal Belgian Hockey Association) and Germany (Hamburger Polo Club and Mannheimer HC). He has published two other books: "El Aprendiz de la Felicidad" (2012) and "Small-Sided Games" (2019). He has always been passionate about philosophy. Content: Philosophizing with a Hammer - Reflections after Champions Trophy 2018 - My World Cup "Dream Team" - EHL 18-19 Reflection - Umpiring Field Hockey is essentially problematic - No one else could have designed a worse sport than Indoor Hockey - The Indoor Hockey Frustration - Philosophy & Video Umpires - Terrassa: The Hockey Talent Factory - The Golden Squad - 12 Tips from Antoine-Henri Jomini on Making a Perfect Team - How to waste your Talented Players - Firenze Talent Club - Deconstructing Game Mechanisms - 10 Lessons from Carl Von Clausewitz on Field Hockey - Forging Intelligent Players in 5 Steps - Looking for Control in a VUCA Game - Superiorities, from the Chessboard to the Field - Parking the Bus in Hockey - Sharing is Caring - Hockey from the Paradigm of Complexity - Designing Small-Sided Games - Complexity in Training Sessions - Ode to the Obvious - Coaching on Principles - The Philosophy of the Position - 10 Habits of Successful Hockey Players - The Ontology of Passing - Scoring Goals as a Process - The Copernican Revolution - The Problem of Running too much - Synergies - Combinations with the 3rd - The Etymology of Winning - Heraclitus River.