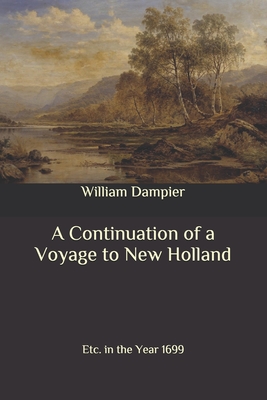 I had spent about 5 weeks in ranging off and on the coast of New Holland, a length of about 300 leagues: and had put in at 3 several places to see what there might be thereabouts worth discovering; and at the same time to recruit my stock of fresh water and provisions for the further discoveries I purposed to attempt on the Terra Australis. This large and hitherto almost unknown tract of land is situated so very advantageously in the richest climates of the world, the torrid and temperate zones; having in it especially all the advantages of the torrid zone, as being known to reach from the equator itself (within a degree) to the Tropic of Capricorn, and beyond it; that in coasting round it, which I designed by this voyage, if possible, I could not but hope to meet with some fruitful lands, continent or islands, or both, productive of any of the rich fruits, drugs, or spices (perhaps minerals also, etc.) that are in the other parts of the torrid zone, under equal parallels of latitude; at least a soil and air capable of such, upon transplanting them hither, and cultivation. I meant also to make as diligent a survey as I could of the several smaller islands, shores, capes, bays, creeks, and harbours, fit as well for shelter as defence, upon fortifying them; and of the rocks and shoals, the soundings, tides, and currents, winds and weather, variation, etc., whatever might be beneficial for navigation, trade or settlement; or be of use to any who should prosecute the same designs hereafter; to whom it might be serviceable to have so much of their work done to their hands; which they might advance and perfect by their own repeated experiences. As there is no work of this kind brought to perfection at once I intended especially to observe what inhabitants I should meet with, and to try to win them over to somewhat of traffic and useful intercourse, as there might be commodities among any of them that might be fit for trade or manufacture, or any found in which they might be employed. Though as to the New Hollanders hereabouts, by the experience I had had of their neighbours formerly, I expected no great matters from them.With such views as these I set out at first from England; and would, according to the method I proposed formerly, have gone westward through the Magellanic Strait, or round Tierra del Fuego rather, that I might have begun my discoveries upon the eastern and least known side of the Terra Australis. But that way it was not possible for me to go by reason of the time of year in which I came out; for I must have been compassing the south of America in a very high latitude in the depth of the winter there. I was therefore necessitated to go eastward by the Cape of Good Hope; and when I should be past it it was requisite I should keep in a pretty high latitude, to avoid the general tradewinds that would be against me, and to have the benefit of the variable winds: by all which I was in a manner unavoidably determined to fall in first with those parts of New Holland I have hitherto been describing.