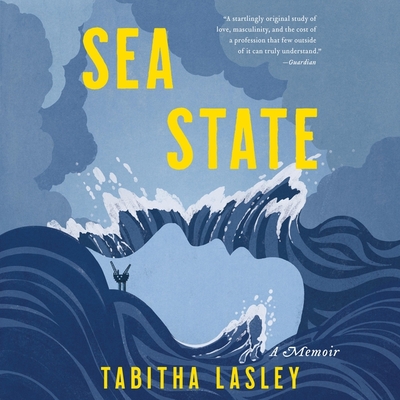 By Tabitha Lasley, Billie Fulford-Brown (Read by)
$41.99
Not available for purchase

“At its heart, this is a story about men whose lives are filled with toxic masculinity in a world without women — on oil rigs off Scotland. But it’s also a story of a woman looking for her place in the world who goes there to write about the men.”
— Scott Lange, The Bookman, Grand Haven, MI

In her midthirties and newly free from a terrible relationship, Tabitha Lasley quit her job at a London magazine, packed her bags, and poured her savings into a six-month lease on an apartment in Aberdeen, Scotland. She decided to make good on a long-deferred idea for a book about oil rigs and the men who work on them. Why oil rigs? She wanted to see what men were like with no women around.

In Aberdeen, Tabitha became deeply entrenched in the world of roughnecks, a teeming subculture rich with brawls, hard labor, and competition. The longer she stayed, the more she found her presence had a destabilizing effect on the men--and her.

Sea State is on the one hand a portrait of an overlooked industry: offshore is a way of life for generations of primarily working-class men and also a potent metaphor for those parts of life we keep at bay--class, masculinity, the transactions of desire, and the awful slipperiness of a ladder that could, if we tried hard enough, lead us to security.

Sea State is on the other hand the story of a journalist whose professional distance from her subject becomes perilously thin. In Aberdeen, Tabitha gets high and dances with abandon, reliving her youth, when the music was good and the boys were bad. Twenty years on, there is Caden: a married rig worker who spends three weeks on and three weeks off. Alone and in an increasingly precarious state, Tabitha dives into their growing attraction. The relationship, reckless and explosive, will lay them both bare.