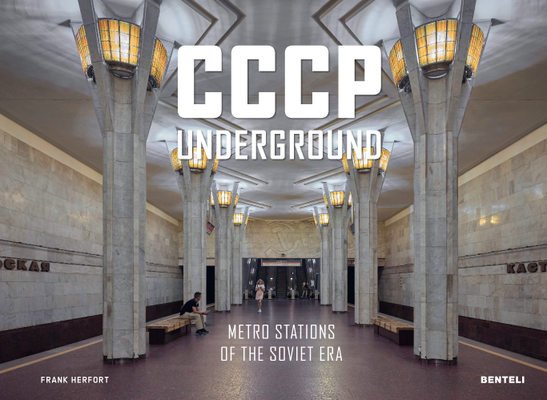 Fighters made of bronze, gigantic wall reliefs depicting heroic cosmonauts, and socialist pomp: If you immerse yourself today into the subway systems in countries that formerly belonged to the USSR and of Eastern Europe, time seems to stand still. The stations are chronicles of the history and art of a long vanished world power, conceived as prestige projects, thousands of kilometers apart, and created under different conditions in different times. In this volume, photographer Frank Herfort presents around 20 metro systems of the Soviet era from Moscow to Bucharest, from Baku to Tbilisi and Kiev.

Thanks to the sharpness of his eyes, the images bring amazing details to light. His photographs come together to form a holistic and comprehensive representation of socialist art that at the same time relates strongly to the modern residents of the cities, skillfully snatching elusive but precious moments from the whirlpool of everyday life.