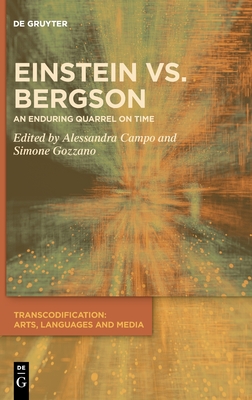 This book brings together papers from a conference that took place in the city of L'Aquila, 4-6 April 2019, to commemorate the 10th anniversary of the earthquake that struck on 6 April 2009. Philosophers and scientists from diverse fields of research debated the problem that, on 6 April 1922, divided Einstein and Bergson: the nature of time.

For Einstein, scientific time is the only time that matters and the only time we can rely on. Bergson, however, believes that scientific time is derived by abstraction, even in the sense of extraction, from a more fundamental time. The plurality of times envisaged by the theory of Relativity does not, for him, contradict the philosophical intuition of the existence of a single time. But how do things stand today? What can we say about the relationship between the quantitative and qualitative dimensions of time in the light of contemporary science? What do quantum mechanics, biology and neuroscience teach us about the nature of time?

The essays collected here take up the question that pitted Einstein against Bergson, science against philosophy, in an attempt to reverse the outcome of their monologue in two voices, with a multilogue in several voices.