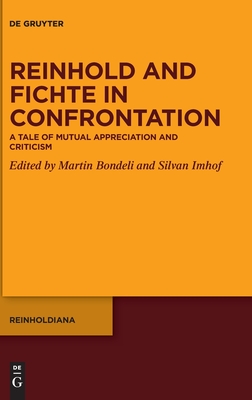 The exchange started when Fichte published his verdict on Reinhold's Elementarphilosophie and disapproved of its fundamental principle. In 1794 Fichte challenged Reinhold by presenting his Wissenschaftslehre. Reinhold was not convinced of Fichte's foundation of philosophy at first, but announced that he accepted the Wissenschaftslehre in 1797. While Reinhold and Fichte officially collaborated in the following three years, tensions concerning fundamental questions were still present. When Reinhold adopted Rational Realism, his relation to Fichte deteriorated and the exchange between the two finally ended.

The contributions in the present collection focus on the central systematic issues at the different stages of the confrontation between Fichte and Reinhold, thereby illuminating questions that are essential to the understanding of the evolution of post-Kantian German philosophy.