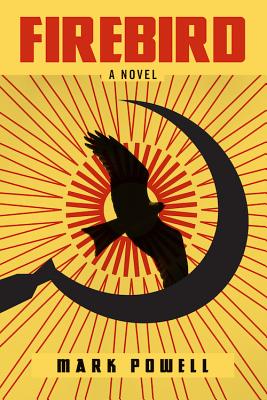 In this stunning new literary thriller, a U.S. arms deal gone south takes you into the underground world of political operatives, Ivy League criminals, and a hedge fund billionaire with eyes on the presidency.The plan was simple: foment a small-scale conflict in Eastern Ukraine that will prevent the vast Ukrainian shale gas field from being tapped. Should the project succeed, Leviathan Global's billionaire founder stands to profit mightily from the sale of gas reserves in Slovakia. But when a disillusioned staffer named Hugh Eckhart uncovers a dossier containing bank accounts laying out the conspiracy, things begin to unravel.Spanning the U.S. and Eastern Europe, from New Haven and D.C. to Kiev and Bratislava, Mark Powell takes you into the 2014 Ukraine-Russia conflict and reveals the corrupt relationship between war, money, and political power.

Mark Powell is the author of five other novels, most recently Small Treasons. A highly decorated author—including the recipient of two Fulbright fellowships and an NEA grant—he lives in the North Carolina mountains and teaches at Appalachian State University.

“‘War is a racket,’ it’s been said many times and in many ways but rarely with as much verve as Mark Powell harnesses in his masterful new novel Firebird.”
—Elliot Ackerman, author of Waiting for Eden

“An unrelenting thrill ride across the globe and deep into the political intrigue and machinations that drive our lives without our knowing; this is a thriller with a conscience that will change how you see the world. Mark Powell is a fearless and master storyteller and Firebird is an absolute powerhouse of a novel.”
—Patricia Engel, author of The Veins of the Ocean
and winner of the Dayton Literary Peace Prize

“A novel of corporate intrigue and hacking and geopolitical shenanigans, Firebird is a kind of The Quiet American for our time. Mark Powell brings to his latest novel his experience on the ground in occupied Eastern Ukraine, his keen eye for the practice of corruption and subterfuge, and his generous regard for characters trying to do the right thing while in way over their heads.”
—Jeff Parker, author of Where Bears Roam the Streets