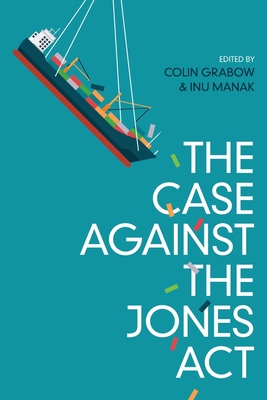 How has an archaic, burdensome law been able to persist for a century?

Passed in 1920, the Jones Act restricts the waterborne transport of cargo within the United States to vessels that are U.S.-flagged, U.S.-crewed, U.S.-owned, and U.S.-built. Meant to bolster the U.S. maritime sector, this protectionist law has instead contributed to its decline. As a result, today's U.S. oceangoing domestic fleet numbers fewer than 100 ships. Beyond leaving a shrunken and uncompetitive maritime sector in its wake, the law has also inflicted considerable damage on the broader U.S. public that range from higher transportation costs to increased pollution.

The chapters in The Case against the Jones Act delve into some of the act's founding myths and the false narrative its supporters have helped to perpetuate. The book evaluates the law's costs, assesses its impact on businesses, consumers, and the environment, and offers alternatives for a way forward. The Jones Act's failures reveal that the status quo is untenable. Contributors to this volume hope that the evidence presented will spark discussion about the Jones Act and lay the groundwork for the repeal or significant reform of this outdated law.