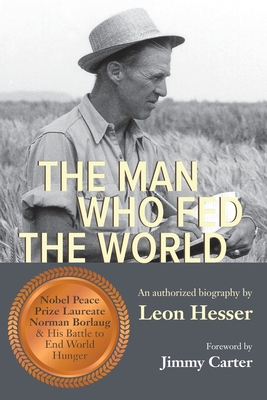 Norman Borlaug was the only person during the twentieth century who was awarded the Nobel Peace Prize for work in agriculture and food. There is no Nobel Food Prize, so the Nobel Committee chose Dr. Borlaug as the 1970 recipient of the Peace Prize based on his dramatic scientific breakthroughs and wheat production technology that relieved hunger in much of the world. During the previous decade, many people on the planet Earth, most notably in China and the Asian Subcontinent, were facing starvation, even famine. Borlaug's revolutionary achievements relieved widespread human suffering and brought peace.

Dr. Borlaug was hailed as the person who saved the lives of more people--hundreds of millions--from starvation than any person in history. He earned the distinction as one of the 100 most influential individuals of the 20th century. His is an inspiring story; he went from an unpretentious Iowa farm boy to scientist-cum-humanist of world acclaim.