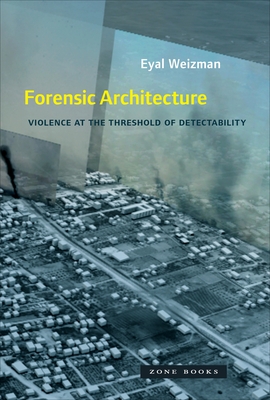 Beyond shedding new light on human rights violations and state crimes across the globe, Forensic Architecture has also created a new form of investigative practice that bears its name. The group uses architecture as an optical device to investigate armed conflicts and environmental destruction, as well as to cross-reference a variety of evidence sources, such as new media, remote sensing, material analysis, witness testimony, and crowd-sourcing. In Forensic Architecture, Eyal Weizman, the group's founder, provides, for the first time, an in-depth introduction to the history, practice, assumptions, potentials, and double binds of this practice. The book includes an extensive array of images, maps, and detailed documentation that records the intricate work the group has performed. Included in this volume are case studies that traverse multiple scales and durations, ranging from the analysis of the shrapnel fragments in a room struck by drones in Pakistan, the reconstruction of a contested shooting in the West Bank, the architectural recreation of a secret Syrian detention center from the memory of its survivors, a blow-by-blow account of a day-long battle in Gaza, and an investigation of environmental violence and climate change in the Guatemalan highlands and elsewhere. Weizman's Forensic Architecture, stunning and shocking in its critical narrative, powerful images, and daring investigations, presents a new form of public truth, technologically, architecturally, and aesthetically produced. Their practice calls for a transformative politics in which architecture as a field of knowledge and a mode of interpretation exposes and confronts ever-new forms of state violence and secrecy.