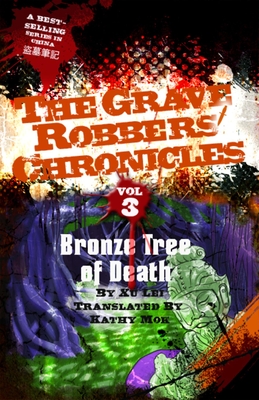 Uncle Three is nowhere to be found and to make matters worse, there's convincing evidence that he may be a liar and a killer. Exhausted and discouraged, his nephew decides to abandon the family business of robbing ancient graves with the intention of resuming the life of an honest man. Then his childhood friend emerges from prison with a scheme that promises treasure and adventure--along with the possibility of finding Uncle Three, as well as savage monkeys with a tendency toward kleptomania, gigantic rats who hunger for human flesh, a band of rival grave robbers who believe murder is a justifiable step to take when trying to achieve success, and a mysterious bronze tree that conceals deadly secrets.

Xu Lei is one of China's most successful writers, known as the "Stephen King of China." Although unkown in the West, the first two volumes in this series have garnered a healthy following who support his US facebook page.