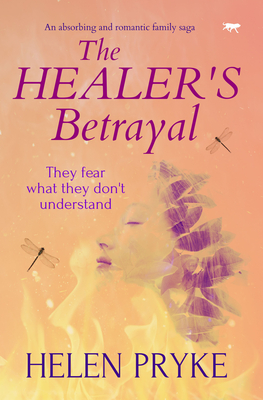 "Wow . . . gripped from the first page. Would highly recommend . . . brilliant." --Amazon reviewer, five stars In an era of superstition and fear, it's dangerous to be a woman--and even more so to be a healer . . . Morgana Innocenti was born on the cusp of the 1600s, on the cursed ground inside the Grove. Deaf since the age of eight from a childhood illness, and able to see shadows where no shadow should be, she has learned to face any difficulty with strength and determination. But a three-hundred-year-old vow of revenge, and a terrible secret revealed on her grandmother's deathbed, throw Morgana's life into turmoil, and nothing will ever be the same again. To protect her family's name, she must marry a man she hardly knows, and trust that she has made the right choice. While she settles into her new life, rumours arrive from England of witch hunters who leave a trail of death and devastation behind them as they cross the country. When her daughter is born with the mark of the devil, Morgana lives in constant fear that they will come to Italy. She has no idea that she is about to suffer the ultimate betrayal. Before, she had to marry to save her family's name. What will she sacrifice to save her daughter?