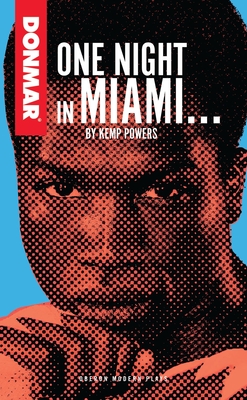 The world would come to know him as Muhammad Ali, but on 25 February 1964, a twenty-two-year-old Cassius Clay celebrated his world heavyweight title not by hitting the town, but in a hotel room with his three closest friends: activist Malcolm X, singer Sam Cooke and American football star Jim Brown. To the outside world, they were American icons. But in that hotel room, here were four men who understood each other and their moment in history in a way that no one else could. With the Civil Rights movement stirring outside, and the melody of A Change is Gonna Come hanging in the air, these men would emerge from that room ready to define a new world.

‘Crackling good dialogue and timely themes … Powers weaves together multiple strains of plot and character with a seasoned pro’s skill. His mission to present a believable slice-of-life with contemporary resonance is, like Clay’s, achieved in a decisive knockout.’ Variety

‘In less than ninety minutes, a long, difficult chapter of American history seems to sweep by. The mind keeps flashing back and forward, even as the play grips us with the immediacy of the hotel room.Great theater hits you hard and in many places. That’s exactly what you get from the powers of this play … great theater.’ Baltimore Sun

‘An astounding debut for playwright Kemp Powers … Superb across the board … breathtakingly good. There just aren’t enough superlatives. Powerful, funny, exhilarating — what a play.’ ArtsBeatLA