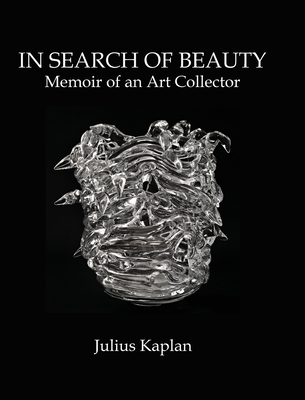 The author's Search for Beauty began when he was a student of art history at Wesleyan University where he discovered Robert Henri, an art teacher and artist. Jay dreamed of owning paintings someday by students of Henri. He later did, with paintings by George Bellows, Guy Penne du Bois, and George Glackens. They, together with the likes of Marsden Hartley, Emil Nolde, and others make up the first chapter. As a young lawyer, Jay began collecting Chinese ceramics, starting with Ming (1368-1644) and Qing (1644-1911) dynasties Blue-and-whites, and Qing furniture. He then turned to the wares of the Song (960-1279) and Tang (618-907) dynasties. At this point, he changed direction when he discovered rare and beautiful 18th-century English and Dutch glass. For the next 41 years, he put together a world renowned collection, which is described in Chapter 2. His love of glass led Jay Kaplan to also became a collector of contemporary glass, starting with Dale Chihuly and "the father of studio glass," Harvey Littleton, found in Chapter 4. The author also collected miniature "fantasy" Hanukkah menorahs; Indian miniature paintings of the 18th and 19th centuries; Gandara stupa art of the 2nd century CE; rare martini glasses and their Renaissance antecedents; Victorian and Edwardian silver menu holders; and finally, beautiful Dorwin-Furst stemware made for the Libby Company's pavilion at the 1939 World's Fair in New York.