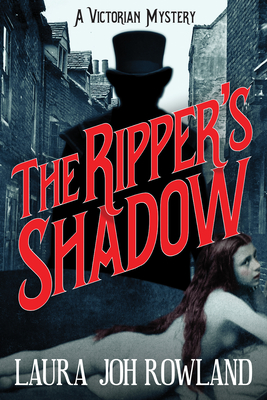 This is book number 1 in the A Victorian Mystery series.

With all of London paralyzed by fear, a motley crew of amateur sleuths launches their own investigation into the mystery of the century—uncovering the identity of Jack the Ripper

The year is 1888 and Jack the Ripper begins his reign of terror.

Miss Sarah Bain, a photographer in Whitechapel, is an independent woman with dark secrets. In the privacy of her studio, she supplements her meager income by taking illicit “boudoir photographs” of the town's local ladies of the night. But when two of her models are found gruesomely murdered within weeks of one another, Sarah begins to suspect it's more than mere coincidence.

Teamed with a motley crew of friends—including a street urchin, a gay aristocrat, a Jewish butcher and his wife, and a beautiful young actress—Sarah delves into the crime of the century. But just as she starts unlocking the Ripper's secrets, she catches the attention of the local police, who believe she knows more than she's revealing, as well as from the Ripper himself, now bent on silencing her and her friends for good.

Caught in the crosshairs of a ruthless killer, Sarah races through Whitechapel's darkest alleys to find the truth...until she makes a shocking discovery that challenges everything she thought she knew about the case. Intelligent, original, and utterly engrossing, Laura Joh Rowland's Victorian mystery The Ripper's Shadow will keep readers up through the late hours of the night.

Laura Joh Rowland is the bestselling author of the samurai detective Sano Ichiro mystery series set in 17th c. Japan as well as the historical suspense series starring Charlotte Bronte. Her work has been published in 21 countries, nominated for the Anthony Award, the Hammett Prize, and the Barnes & Noble Discover Great New Writers Award, won RT Magazine’s Reader’s Choice Award, and been included in the Wall Street Journal’s list of the five best historical mystery novels. Laura holds a Bachelor of Science and a Master of Public Health degree from the University of Michigan. She is a former aerospace scientist, a painter, and a cartoonist. She lives in New York City with her husband Marty.

"Attention to atmospheric detail, original characterizations, and escalating conflict...This is a fresh, modern take on the streets that produced a murderer ’From Hell.’"
—Strand Magazine

"[Rowland’s] wildly diverse cast...brings a special focus on the forgotten and ignored of Victorian society, and provides a fresh, and refreshing, point of view to the otherwise morbid proceedings."
—Mystery Scene Magazine

"Easily one of the best things I’ve read all year...This is a vivid, enjoyable novel with a likable cast of characters and plenty of intrigue and suspense...I’m keen to see what Sarah Bain gets up to next."
—Ripperologist Magazine

“Laura Joh Rowland reinvents the story of Jack the Ripper in a wholly unexpected way. Gritty, imaginative, and full of nail-biting suspense, The Ripper’s Shadow is a triumph.”
—Tasha Alexander, NYT bestselling author of A Terrible Beauty

"Please let this be the start of a series. I went into The Ripper’s Shadow wondering if I could care about another Jack the Ripper novel, and emerged at the end of it thrilled, off-balance, and astonished at how Laura Joh Rowland was able to bring Victorian England into such vivid life, and a story we all know into new relief. This is a fantastic read."
—Charles Finch, bestselling author of The Inheritance