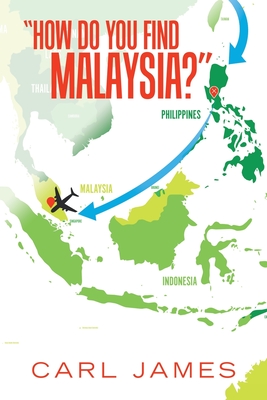 A chance meeting in early 1977 took the author on a forty year journey in South East Asia. This encounter triggered a journey of exploration, learning, and a deep immersion in cultures that challenges one's preconceived notions. This is a story of episodes, many of which may seem fiction, but they really are the absolute truth. Take a ride with the author and get drawn into Malaysian communities that never fail to delight and surprise. Malaysia in the 1970's was a nation in a period of growth, change, and of a rich multi-racial society that that was working feverishly to forge a united nation. As it should be, this book is a joyous appreciation of people from many backgrounds. From trishaw pullers to CEO's, to cooks in hawker centers to movie stars; they formed a tapestry of community. The author volunteered to go to Malaysia and teach high school math. He intended to impact the school and its students in a positive way. The opposite happened. The short time he was in Malaysia affected him deeply, and all for the better. Most of all, this story invites the reader to just come along.

The author, Carl James, was born and raised in a rural area in northern Michigan. Before taking this journey, he had only left the country twice; on day trips in Toronto. After high school, he enrolled in Central Michigan University and earned a Bachelors' Degree in Education. He majored in English, and always enjoyed writing. As a lifelong learner, years later he earned his Masters' Degree in Education, and his certification in Gifted Education. While he was teaching during his senior year of high school, he met a substitute teacher who had just returned to the country after spending two years in the Peace Corps overseas. An idea set off sparks, and he applied to join the Peace Corps. After he was accepted, he chose South East Asia as a first choice for his service. He was asked to go to Malaysia to teach high school math. That was more than forty years ago. During that time he taught school in both Singapore and Hong Kong before finally returning to the US. He also married a beautiful young woman from Malaysia. He is a proud father to a son and daughter. His return was like returning to a different country. Only after he returned did James start thinking about writing his story. After many years of thinking while ideas percolated, and with his wife's encouragement, he decided to share this experience with readers. Carl James is still teaching in California. He loves to write along with his students so that they can share their stories.