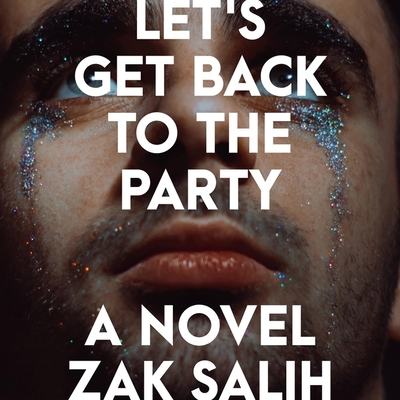 By Zak Salih, Michael Crouch (Read by), Will Damron (Read by)
$39.99
Not available for purchase

It is just weeks after the legalization of gay marriage in the U.S. in the summer of 2015.  We meet two men who grew up together in the D.C. suburbs and are at opposite ends of what it means to be a gay man at this time in American history.  Both are involved in obsessive cross-generational friendships. Sebastian has a complicated relationship with one of his out and proud high school students.  Oscar is spending time with a Stonewall generation novelist on the decline.  Sebastian is anxious to settle down and assimilate.  Oscar is infuriated by what he sees as the death of gay culture in favor of what he views as colorless banality.  I loved everything about this book.  It is beautifully written and full of profound insights on what happens when a formerly ostracized segment of society becomes incorporated into the general population and what that means, good and bad, for the individuals that are part of it.  Stunning!

A Most-Anticipated Book of 2021: BuzzFeed * The Millions * Electric Literature * LGTBQ Reads One of Advocate's ""22 LGBTQ+ Books You Absolutely Need to Read This Year" "An intimate saga that brims with necessary conversations about cultural identity."​ --O, The Oprah Magazine, "32 LGBTQ Books That Will Change the Literary Landscape in 2021" It is 2015, weeks after the Supreme Court marriage equality ruling, and all Sebastian Mote wants is to settle down. A high school art history teacher, newly single and desperately lonely, he envies his queer students their freedom to live openly the youth he lost to fear and shame. When he runs into his childhood friend Oscar Burnham at a wedding in Washington, D.C., he can't help but see it as a second chance. Now thirty-five, the men haven't seen each other in more than a decade. But Oscar has no interest in their shared history, nor in the sense of be­longing Sebastian craves. Instead, he's outraged by what he sees as the death of gay culture: bars overrun with bachelorette parties, friends cou­pling off and having babies. For Oscar, confor­mity isn't peace, it's surrender. While Oscar and Sebastian struggle to find their place in a rapidly changing world, each is drawn into a cross-generational friendship that treads the line between envy and obsession: Se­bastian with one of his students, Oscar with an older icon of the AIDS era. And as they collide again and again, both men must reckon not just with one another but with themselves. Provocative, moving, and rich with sharply drawn characters, Let's Get Back to the Party in­troduces an exciting and contemporary new talent.