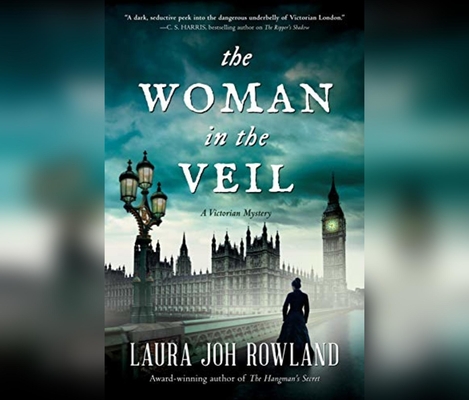 This is book number 4 in the Victorian Mysteries series.

London, June 1890.Sarah Bain and her friends Lord Hugh Staunton and Mick O'Reilly are crime-scene photographers for the Daily World newspaper. After solving a sensational murder, they're under pressure to deliver another big story. On a foggy summer night, they're called to the bank of the River Thames. The murder victim is an unidentified woman whose face has been slashed. But as Sarah takes photographs, she discovers that the woman is still alive.The case of Sleeping Beauty becomes a public sensation, and three parties quickly come forward to identify her: a rich, sinister artist who claims she's his wife; a mother and her two daughters who co-own a nursing home and claim she's their stepdaughter/sister; and a precocious little girl who claims Sleeping Beauty is her mother. Which party is Sleeping Beauty's rightful kin? Is someone among them her would-be killer?Then Sleeping Beauty awakens--with a severe case of amnesia. She's forgotten her name and everything else about herself. But she recognizes one of the people who've claimed her. Sarah is delighted to reunite a family and send Sleeping Beauty home--until one of the claimants is murdered. Suddenly, Sarah, her motley crew of friends, and her fianc Detective Sergeant Barrett are on the wrong side of the law. Now they must identify the killer before they find themselves headed for the gallows.