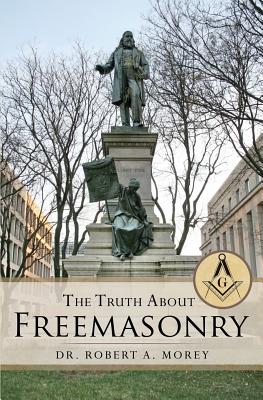 Recommendations for Book "This book is a fair and accurate examination of the origins of Freemasonry. I learned a lot of things about Freemasonry I did not know before. Good book." Senator Jesse Helms from North Carolina (33rd degree Freemason, 10/18/1921 - 07/04/2008) "The Truth about Freemasonry is the only book published that gives an accurate and unbiased analysis of the origins and teachings of Freemasonry by using only Freemasonry sources that Dr. Morey had access to at the House of the Temple library at the headquarters for the Scottish Rite of Freemasonry in Washington, D.C. I have many friends that are Freemasons that includes many law enforcement personnel. They are great individuals. Also, my grandfather was a 32nd degree Freemason. Dr. Morey does not attack the people per se or their motives but rather analyzes the belief system, especially the history on how Albert Pike changed the course of American Scottish Rite Freemasonry through his adoption of the teachings of the Hindu Vedas (de-Christianizing the Masonic Order). In Freemasonry like so many organizations such as Kiwanis International, Rotary International, Lions International (all three have an enduring relationship with the United Nations), etc. there seems to be a push towards a One World Religion/Government (all religions worship the same god) and a rejection of the true Supreme Ruler of the Universe (Yeshua Ha-Mashiach) and only hope and way of eternal life as stated in the Bible." Didymus, President New Jersey Institute for the Advancement of Truth (NJIAT) Why this book on Freemasonry is recommended for both Masons and Non-Masons? The subject of Freemasonry is of interest to Masons and non-Masons alike. When and where did Masonry begin? What were the first Masons like? What were their beliefs about God and Man? What did they say about the origins of Freemasonry? Is modern Freemasonry faithful to the original goal and vision of the founders of Masonry? Only Masonic writers are quoted in book. The average Masonic book is based on pure speculation. This book is dedicated to all honest Masons who want to know the truth about the origins and teachings of Freemasonry. Dr. Robert A. Morey Ph.D., D.Min., D.D. Faith Defenders http: //faithdefenders.com Dr. Robert A. Morey is internationally respected as one of the best theologians and apologists in the 21st Century. He is the author of over 60 books. Dr. Morey's educational background includes Classical Greek as well as Koine Greek, Hebrew, philosophy, "Jewish" and "Rabbinic writings" such as the Midrash, Mishnah, Talmuds, Dead Sea Scrolls, and Apocalyptic literature. It should be noted that Dr. Robert A. Morey as a young prot g with an IQ of 185 was selected by Yale University in the tenth grade of high school to become part of the School Mathematics Study Group (SMSG).