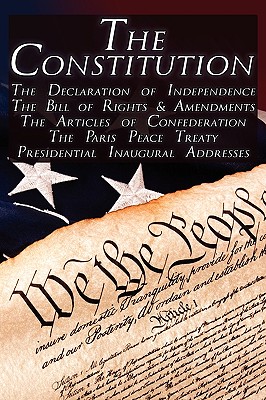 The most crucial documents defining the United States of America are collected here in one incredible volume, including The Declaration of Independence, The Constitution of the United States, The Articles of Confederation, The Paris Peace Treaty of 1783, The Bill of Rights and All Amendments, and key Presidential Inaugural Addresses. From the Declaration of Independence which explains why The American Revolution was necessary and boldly declaring that all men are created equal to the treaty that ended the war to The Constitution, The Bill of Rights, and its further amendments, the forging of a powerful free country is captured in these pages. Defining the attitudes and aspirations of this newly formed country's leaders, the inaugural addresses of presidents George Washington, John Adams, Thomas Jefferson, John Quincy Adams, Abraham Lincoln, Theodore Roosevelt, and Franklin D. Roosevelt add to this edition. The amazing spirit behind the formation of the United States of America fills this book from cover to cover.