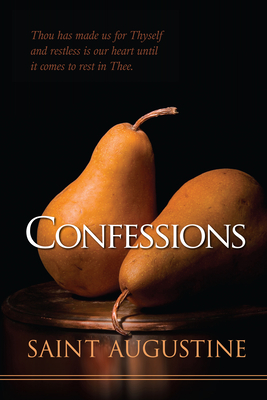 By St Augustine
$14.95
Not available for purchase

Saint Augustine wasn't always a saint. He led a turbulent and licentious youth, and belonged to the fourth century equivalent of a street gang. At the age of 29, he met a young man, Ambrose, whose intelligence, kindness and strong faith fascinated and puzzled Augustine. Then at the age of thirty-two, under Ambrose's tutelage, Augustine converted to Christianity and went on to be one of the most influential Christians throughout history.

Less than a decade after his ordination to the priesthood, he wrote Confessions in his forties in 400 AD. He was a man looking back and looking forward, an apt simile perhaps for the role Augustine played in the history of the Church, that of a bridge between two distinct eras.

Confessions traces a pilgrimage of unbounded grace, passionately wrestling with the spiritual questions that have engaged thoughtful minds since time began. It is Augustine's utter candor about his own sin and his struggle to reconcile his mind and soul to God's holy character that made Confessions the classic that it has been for fifteen centuries and compelling to readers still today.