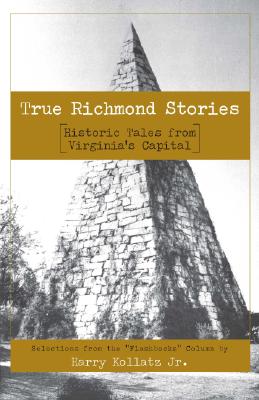 Compiled for the first time in this volume, this selection of articles by Harry Kollatz Jr. sheds light Richmond's lesser-known history.

Richmond, Virginia's beautiful capital on the James River, has seen more than its fair share of history. Although it is probably best known as the site of one of the first English settlements in America and its role as the Confederate capitol in the Civil War, the city's past has much more to offer. Since 1992, Harry Kollatz Jr. has been recording the lesser-known heritage of Virginia's Holy City in his "Richmond Flashbacks" column in Richmond magazine. From the inauguration of the world's first practical electric trolley system an early Civil Rights activists, to a psychic horse and a wild ride on a sturgeon, he has covered it all.