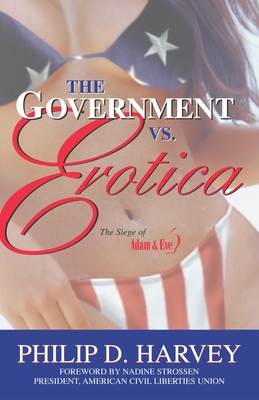 By Philip D. Harvey
$29.99
Not available for purchase

In 1986, a small mail-order company was invaded by 37 armed law enforcement agents who instantly shut down all operations, herded the employees into a warehouse, and then systematically interrogated everyone, allowing them to leave only after subpoenas were distributed. Although this episode may sound like a police action in the former East Germany, in fact it was implemented by the U.S. Justice Department, then headed by Edwin Meese, against Adam & Eve, a North Carolina business that sells contraceptives, sex toys, and adult videos. Owner Phil Harvey's first-hand account of this David-and-Goliath battle goes to the heart of our national debate over First Amendment freedom of expression versus government attempts to limit the availability of erotic materials.
Harvey not only writes a personal memoir of his harrowing struggle against the strong-arm tactics of the Justice Department; he also raises important questions about federal abuse of power, the slow erosion of First Amendment rights through government intimidation, the effects of pornography, archaic laws that attempt to regulate sexuality between consenting adults, the class-war implications of this battle, and the interplay between sex and religion. In the end the courts ruled against the Justice Department's actions, but only because Harvey chose to resist an eight-year siege by a government bent on imposing its moral agenda by force.
This fascinating story is a wake-up call for all who would be complacent about First Amendment rights.

Philip D. Harvey (Washington, DC), as well as being a successful entrepreneur, is the Executive Director of DKT International, a family planning organization, and is the former Deputy Director of CARE/India. He is the author of Let Every Child Be Wanted: How Social Marketing Is Revolutionizing Contraceptive Use Around the World.