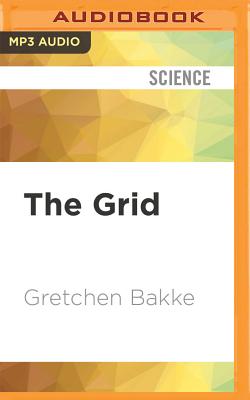 By Gretchen Bakke, Emily Caudwell (Read by)
$9.99
Not available for purchase

The grid is an accident of history and of culture, in no way intrinsic to how we produce, deliver and consume electrical power. Yet this is the system the United States ended up with, a jerry-built structure now so rickety and near collapse that a strong wind or a hot day can bring it to a grinding halt.

The grid is now under threat from a new source: renewable and variable energy, which puts stress on its logics as much as its components.

In an entertaining, perceptive and deeply researched fashion, cultural anthropologist Gretchen Bakke uses the history of an increasingly outdated infrastructure to show how the United States has gone from seemingly infinite technological prowess to a land of structural instability. She brings humor and a bright eye to contemporary solutions and to the often surprising ways in which these succeed or fail. And the consequences of failure are significant.

Our national electrical grid grew during an era when monopoly, centralisation and standardisation meant strength. Yet as we've increasingly become a nation that caters to local needs, and as a plethora of new renewable energy sources comes online, our massive system is dangerously out of step.

Charting the history of our electrical grid, Bakke helps us see what we all take for granted, shows it as central to our culture and identity as a people and reveals it to be the linchpin in our aspirations for a clean-energy future.