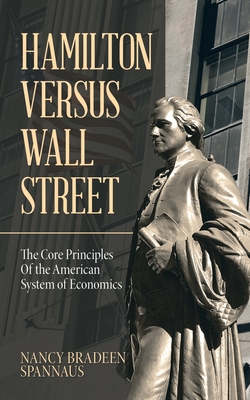 Hamilton: An American Musical has captured the imagination of millions. As a result, the nation now has a shot at educating these fans on his core ideas-the American system of economics. "In our time of crumbling infrastructure, anemic economic growth, and dysfunctional government, Spannaus points to a better path, the American System of economic policy initiated by Alexander Hamilton more than two centuries ago. Hamilton encouraged long-term investment and productivity growth, and discouraged short-term speculation and financial instability. His policies made America great, and a return to them can make America great again." --Richard Sylla, author of Alexander Hamilton: The Illustrated Biography It was Hamilton's concept of public credit, devoted to building the productive powers of labor, that the Washington, Lincoln, and Franklin Roosevelt administrations used to bring prosperity to our nation. His system remains the chief challenge to the Wall Street/City of London methods that dominate economic thinking today. Therein lies the timeliness of this book.

Nancy Bradeen Spannaus first discovered Alexander Hamilton in the mid-1970s. She was shocked to find the depth of ideas in his work, which contrasted with the usual superficial "tax revolt" idea of the American Revolution. In 1977 she co-edited a book of writings on the economics of the American Revolution (The Political Economy of the American Revolution, available on Amazon), in which major excerpts from Hamilton's major financial papers were featured. After a career in political journalism, Nancy turned back to studying Hamilton's American System. In 2017 she set up the blog https: //americansystemnow, which serves as a resource on the history of the American System, and comments on current events in that light. Delighted to find the surge of interest in Hamilton as a result of the musical, she rushed to produce this book. Nancy has deep New England and Revolutionary roots. She was born in Portland, Maine in 1943, of parents who both were descended from American patriots. She is a member of the DAR and of the Alexander Hamilton Awareness Society. She and her husband Ed live in northern Virginia, where they both indulge in as much history as possible. Show Less