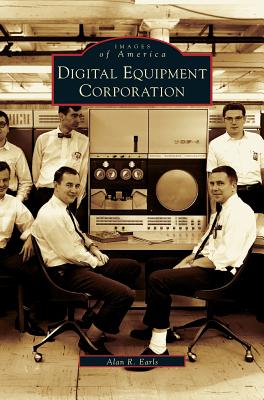 From its inception in 1957, Digital Equipment Corporation (DEC), headquartered in Maynard, Massachusetts, carved itself a role in American business unlike any other company. Launched by Massachusetts Institute of Technology engineer Ken Olsen with a $70,000 investment from the country's first venture capital firm, DEC rapidly became a pioneer in computer technology. In its heyday, DEC had a valuation of more than $12 billion and employed approximately one hundred twenty thousand people worldwide, making it second only to IBM. Its people and technology contributed to making computers increasingly affordable, which led directly to the advent of the personal computer, the first computer games, and computer networks. DEC was also a leader in the Internet revolution, claiming the dubious distinction of launching the first spam mailing and registering one of the first commercial domain names.

Through photographs of people, events, and machines, Digital Equipment Corporation tells the story of the unassuming computer revolutionaries who reshaped the technological world. It is written for anyone who is interested in how the present era of computing ubiquity has evolved since the 1940s, when IBM chairman Thomas Watson predicted that the whole world might need no more than five computers.