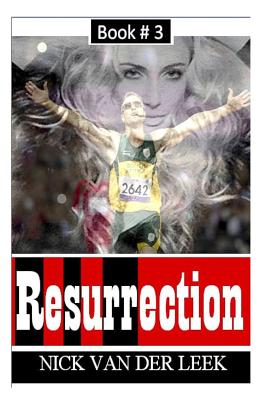 Is Oscar's narrative, as a man, a valid one? Is his narrative of uniqueness, being exceptional, beating the odds, and enjoying no special advantages, authentic? Is it fair for a disabled man to compete with artificial limbs across both Olympic Games (able-bodied and disabled)? By examining his intentionality, and responses to reasoned criticism (especially by the IAAF, writers such as Sokolove and McEvoy, and scientists such as Dr Ross Tucker) Book #3 in the Oscar Pistorius Murder Trial series seeks to shed light more specifically on Another Oscar. Why would a disabled man seek to portray himself so aggressively as able-bodied? Not only on the athletics track, but off it. Are there consequences to the - sometimes constructive, sometimes painstaking, often exhausting - process of constantly manufacturing oneself (and one's narrative) for public consumption? Is there a cost to permanently projecting a persona of masculinity and invulnerability? Yes, if the rewards are great, the costs to the individual are proportionately great, because the compulsion to protect and conceal only increases. There are financial incentives involved in maintaining this fake diplomacy. But what sort of personal toll are we talking about? And who else is affected? And in the final analysis, how do we tell the real Oscar from the gleaming fake? Ray Wicksell, Oscar's former agent and manager, and a man who broke the 4 minute mile 24 times, shares his firsthand experiences with Oscar. Oscar and Wicksell's two daughters trained together, and attended the same meets with Oscar. Oscar was a close friend of the Wicksell family, which is why Ray Wicksell's account is both groundbreaking and moving. He shares the very real sentiments that "the world loved Oscar because he was lovable." Legal experts (including Ulrich Roux and David Dadic) discuss the possibilities of an appeal, which is Oscar's best hope at this point, of finding his way towards Resurrection. The media also provides a mountain of clues, most just sound and fury, but some messages stand out as significant. The failure of the media to participate in the specific narrative that Resurrection attempts to uncover shows the media - even this late in the game - don't want to burn their bridges with one of the greatest media stories in modern history. In case he comes back. In case he's acquitted. But by first participating and perpetuating Oscar's story to an unsuspecting public, and then failing to reframe this narrative when its validity is clearly called into question, the media mechanism also reveals itself as a fundamentally flawed, financially incentivised mechanism, and one prone to bias. Discernment, it turns out, is a precious faculty, and common sense in the world of sport, celebrity, and even the law, is fairly uncommon. By piecing together mountains of testimony, social media, and various disclosures by all the major players in Oscar's melodrama - not least of which are Oscar's and Reeva's own words - Nick van der Leek does what thus far has not been revealed. Not by the media. Not by the social media rumour mill. Not even by the state prosecutor. Van Der Leek manages to put it all together to reveal Another Narrative. And with it, a compelling case for MOTIVE is put forward for the first time. Note: Resurrection is the third in the series of 5 Oscar Pistorius Murder Trial eBooks. Resurrection specifically interrogates the validity of the various Oscar Trial narratives. Digital Rights Management applies to this manuscript. It may not be quoted from other than with the express permission of its author.

Nick van der Leek is a South African photojournalist and storyteller with an unconventional background. Instead of journalism he studied law, economics and brand management. His writing career started online, as a blogger in South Korea and a citizen journalist for Seoul-based Ohmynews International. After cutting his teeth in Rosebank, Johannesburg at AVUSA (now Times Media), he became a full-time writer and photographer, and today he is one of South Africa's most diverse freelancers. Although he has a penchant for research and analysis his passion is creating, analysing and leveraging narratives. He is currently working on the final book in his BLOODLINE series, a post-apocalyptic, dystopian, sci fi epic set in Scotland and outer space. Follow him on twitter: @HiRezLife Author's Extended Biography at this link: http: //www.nickvanderleek.com/2004/07/nick-van-der-leek-biography.html