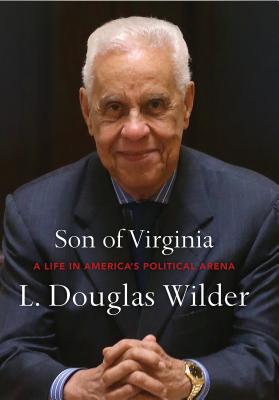 In 1981, the Commonwealth of Virginia, which had been dominated for decades by "the Organization," a political machine led by former Governor and U.S. Senator Harry Byrd Sr., took its first baby steps to becoming the vibrant state it is today. That year, Charles Robb rejected the machine and began a new Democratic Party in his campaign for governor. Instead of running against African Americans, Robb reached out to Douglas Wilder, the state's only African American State Senator and other leaders in the African American Community to rally voters of color to support the Democratic ticket. With the help of a heavy African American turnout, Robb won and the Byrd machine was crushed. In 1985, just four years later, Doug Wilder won the party's nomination for Lieutenant Governor against the cries of "Virginia isn't ready" and, later that year, defied the naysayers by being elected to that office. Within five years, he would be sworn in as the first elected African American governor in American history. SON OF VIRGINIA by L. Douglas Wilder details the events of the author's life to paint a portrait of the changing face of America. It will be a story of constant struggle and conflict, not only Wilder's struggle, but also that of courageous people who stood up to decades of discrimination, corruption and greed. The book will stand as a road map for continued American progress in our elections and laws and a stark warning of what may happen if we relax our commitment to this program.

Lawrence Douglas Wilder (born January 17, 1931) served as the first African American to be elected as governor of Virginia. Wilder served as the 66th Governor of Virginia from 1990 to 1994. When earlier elected as Lieutenant Governor, he was the first African American elected to statewide office in Virginia. His most recent political office was Mayor of Richmond, Virginia, which he held from 2005 to 2009.