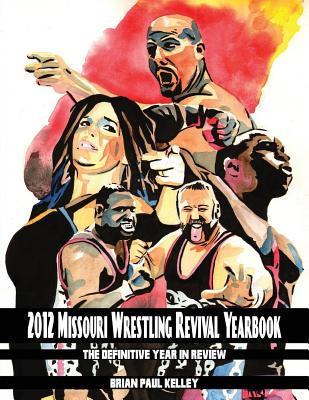 Brian Kelley is a lifelong wrestling fan who is currently the Owner and Editor of MissouriWrestlingRevival.com. MWR is a website that supports professional wrestling in the Midwest. The site has featured exclusive stories, articles, upcoming shows, interviews and yearly awards since 2008. The site has been featured in the past three years by the CAC in Las Vegas. Kelley works with promoters and wrestlers throughout the world. He has also worked with the St Louis Hall of Fame by presenting their HOF plaques to the likes of Ric Flair, Dory Funk Jr and Bobby the Brain Heenan. Kelley represented ECW Press during a preview in St Louis for the upcoming book "50 Greatest Wrestlers of All-Time" from "Wrestling at the Chase" announcer Larry Matysik. MWR has been manufacturing trading cards for many of top stars of yesterday, today and tomorrow. Top wrestlers in the set include; ROH Champs Davey Richards, Eddie Edwards, MsChif, and The Briscoe Brothers, former WWE stars Road Dogg, Rob Conway, and Trevor Murdoch, WWE Tough Enough's Ryan Howe, and the top stars of the Midwest like "Superstar" Steve Fender, Mark Sterling, Jeremy Wyatt, Mike Sydal, Stacey O'Brien, Miss Natural and many more. Kelley is also a ringside photographer for over 15 promotions throughout the Midwest. While MWR is owned and edited by Kelley, he has the assistance of many in the Midwest to provide fans with breaking news and information from each promotion.