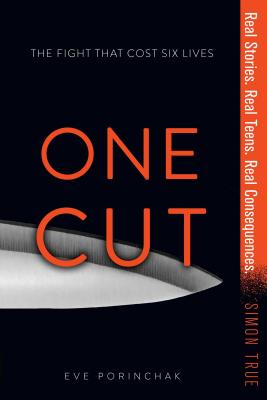 On May 22, 1995 at 7 p.m. sixteen-year-old Jimmy Farris and seventeen-year-old Mike McLoren were working out outside Mike’s backyard fort. Four boys hopped the fence, and a fight broke out inside the dark fort made of two-by-four planks and tarps. Within minutes, both Mike and Jimmy had been stabbed. Jimmy died a short time later.

While neighbors knew that the fort was a local hangout where drugs were available, the prosecution depicted the four defendants as gang members, and the crime as gang related. The accusations created a media circus, and added fuel to the growing belief that this affluent, safe, all-white neighborhood was in danger of a full-blown gang war.

Four boys stood trial. All four boys faced life sentences. Why? Because of California’s Felony Murder Rule. The law states that “a death is considered first degree murder when it is commissioned during one of the following felonies: Arson, Rape, Carjacking, Robbery, Burglary, Mayhem, Kidnapping.” In other words, if you—or somebody you are with—intends to commit a felony, and somebody accidentally dies in the process, all parties can be tried and convicted of first degree murder and sentenced to life without parole, even if nobody had any intention of committing a murder.

What really happened that day? Was it a case of robbery gone wrong? Gang activity? Or was it something else?

Since earning a degree in biology and psychology from UCLA, Eve Porinchak has lived all over the planet, including third-world countries, and spent much of her time in and out of prison—as a creative writing teacher and advocate for teen inmates. Eve serves as an aid worker in Tijuana orphanages and quenches her thirst for all things literary as an agent with the Jill Corcoran Literary Agency in Los Angeles. A former medical student, child welfare social worker, and first grade teacher, Eve grew up on a steady diet of Unsolved Mysteries and In Search Of, inspiring a lifelong desire to dissect complex true crime stories in pursuit of truth. She writes stories featuring youth she feels have been underrepresented in children’s literature, such as those born into gang life, the abandoned, the incarcerated, and war refugees, who—ironically—have the most fascinating tales to tell.