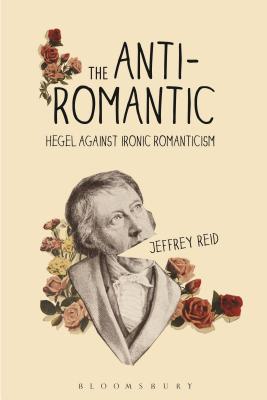 Hegel's critique of Early German Romanticism and its theory of irony resonates to the core of his own philosophy in the same way that Plato's polemics with the Sophists have repercussions that go to the centre of his thought. The Anti-Romantic examines Hegel's critique of Fr. Schlegel, Novalis and Schleiermacher. Hegel rarely mentions these thinkers by name and the texts dealing with them often exist on the periphery of his oeuvre. Nonetheless, individually, they represent embodiments of specific forms of irony: Schlegel, a form of critical individuality; Novalis, a form of sentimental nihilism; Schleiermacher, a monstrous hybrid of the other two.

The strength of Hegel's polemical approach to these authors shows how irony itself represents for him a persistent threat to his own idea of systematic Science. This is so, we discover, because Romantic irony is more than a rival ideology; it is an actual form of discourse, one whose performative objectivity interferes with the objectivity of Hegel's own logos. Thus, Hegel's critique of irony allows us to reciprocally uncover a Hegelian theory of scientific discourse. Far from seeing irony as a form of consciousness overcome by Spirit, Hegel sees it as having become a pressing feature of his own contemporary world, as witnessed in the popularity of his Berlin rival, Schleiermacher. Finally, to the extent that ironic discourse seems, for Hegel, to imply a certain world beyond his own notion of modernity, we are left with the hypothesis that Hegel's critique of irony may be viewed as a critique of post-modernity.

Jeffrey Reid is a Full Professor of Philosophy at the University of Ottawa, Canada.