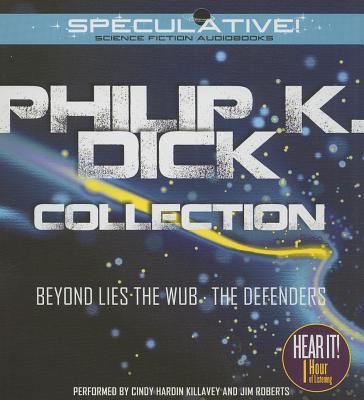 Beyond Lies the Wub: "Beyond Lies the Wub" was Philip K. Dick's first published story and appeared in Planet Stories magazine. In it, a crew takes an alien aboard their ship but the alien's appearance belies its intelligence and powers. The Defenders: "The Defenders," one of Philip K. Dick's earlier stories, describes a world where a global war between two continents has devastated the surface of the earth. Mankind has been forced to live underground where they continue to fight the war using robot "leadys" who are immune to radiation. Then a startling discovery is made about the robots which changes the entire future of mankind.