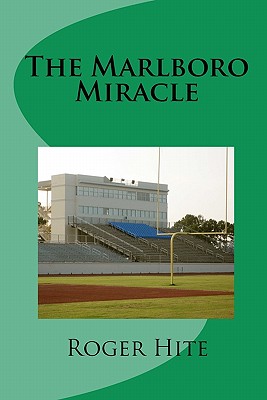 The handsome young Brad Winston is one of the most promising high school athletes ever to emerge from the small town of Marlboro, Oregon, located an hour north of Florence on the rugged, scenic coastline. Considered the #1 most sought-after collegiate football recruit, Brad finally selects the University of Oregon's scholarship offer. As he undertakes his Oregon university adventure, Winston connects with another prominent figure living in his hometown, the famous adventure fiction writer, Blake Slater. Over the course of his first year at Oregon, Slater becomes the young athlete's "dutch uncle" friend and confidant. He helps Winston through a bumpy course of events that threaten his future as an athlete and the post-graduate dream he has for his own life. The Marlboro Miracle is a sport's story that transcends the gridiron excitement and provides readers with a heart-warming, feel-good story about an extraordinary young man everybody would like to adopt as their own son.

Roger Hite is a writer and retired hospital administrator who lives in Eugene, Oregon with his wife Debby and their Maine Coon Cat, Natasha. Dr. Hite spent his professional career at the Executive Vice President, COO, of Dominican Hospital in Santa Cruz, California. During his tenure as a hospital administrator, he was active in the national Malcolm Baldrige Quality Program, serving for six years on its board of examiners. Since retiring and relocating to Eugene, Dr. Hite has been active in Rotary, is currently Board President of the Catholic Community Services of Lane County--a social service organization that provides seven tons of food for the poor weekly. He is also on the Board of Trustees of Rocky Mountain University of Health Professions, a small private university in Provo, Utah. Dr. Hite is a prolific writer who has written over twenty-five titles, many of which are currently available through Amazon.Com.