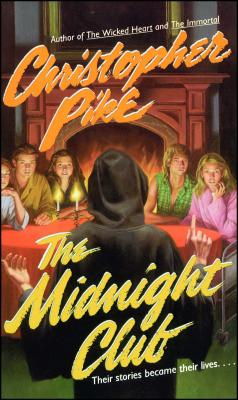 By Christopher Pike
$10.99
Not available for purchase

From the author of The Wicked Heart and The Immortal comes a beautiful and haunting novel about a group of five terminally ill teenagers whose midnight stories become their reality.

Rotterham Home was a hospice for young people—a place where teenages with terminal illnesses went to die. Nobody who checked in ever checked. It was a place of pain and sorrow, but also, remarkably, a place of humor and adventure.

Every night at twelve, a group of five young girls and boys at the hospice came together. They called themselves the Midnight Club, and everytime they came together, they would take turns telling each other stories. Any type of story they could think of, they would tell—ones filled with intrigue and horror, of life and death… True stories, made-up stories, and stories that fell somewhere in between.

But one night, in the middle of a particularly scary story, the five kids make a pact with each other. The first one who dies is to make every effort to contact the others from beyond the grave…

Then one of them does die, and the story begins.

Christopher Pike is a bestselling young adult novelist and has published several adult books as well—Sati and The Season of Passage being the most popular. In YA, his Last Vampire series—often called Thirst—is a big favorite among his fans. Pike was born in Brooklyn, New York, but grew up in Los Angeles. He lives in Santa Barbara, California, with his longtime partner, Abir. Currently, several of Pike’s books are being turned into films and in the fall of 2022, Netflix will be releasing a ten-part series entitled The Midnight Club, based on Pike’s novel of the same name. The Midnight Club also draws from a half dozen of Pike’s earlier works. Presently, The Season of Passage is being adapted as a feature film by Universal Studios while Chain Letter—one of Pike all-time bestselling books—is also being adapted by Hollywood. At the moment, Pike is hard at work on a new YA series.