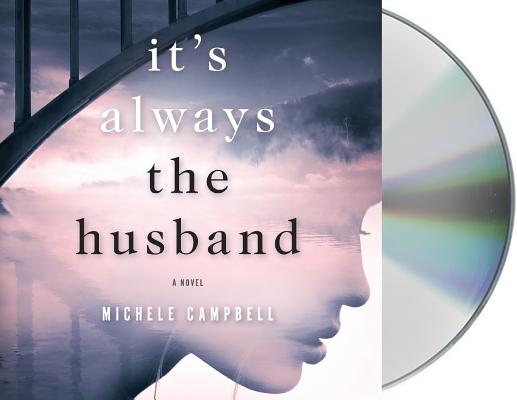 By Michele Campbell, January LaVoy (Read by)
$39.99
Currently Out of Stock - Available to Ship From Our Warehouse in 3-5 Days

Kate, Aubrey, and Jenny first met as college roommates and soon became inseparable, despite being as different as three women can be. Kate was beautiful, wild, wealthy, and damaged. Aubrey, on financial aid, came from a broken home, and wanted more than anything to distance herself from her past. And Jenny was a striver—brilliant, ambitious, and determined to succeed. As an unlikely friendship formed, the three of them swore they would always be there for each other.

But twenty years later, one of them is standing at the edge of a bridge, and someone is urging her to jump.

How did it come to this?
Kate married the gorgeous party boy, Aubrey married up, and Jenny married the boy next door. But how can these three women love and hate each other? Can feelings this strong lead to murder? When one of them dies under mysterious circumstances, will everyone assume, as is often the case, that it’s always the husband?

A suspenseful, absorbing audiobook that examines the complexities of friendship, It’s Always the Husband will keep readers guessing right up to its shocking conclusion.

January Lavoie has narrated the Sweet Valley Confidential series for Macmillan Audio, as well as The Snow Angel by Glenn Beck and Dreams of the Dead by Perri O’Shaughnessy.

"Narrator January LaVoy's considerable talents are a major factor in transitioning this novel successfully from print to audio...As the plot shifts between college days and the present, LaVoy's clarity and pacing keep the action moving and the shifting settings clear while seamlessly folding new actors into the mix." -AudioFile

"LaVoy’s narration is well suited to this fast-paced, twisted thriller. She assigns spot-on voices and attitudes to each character; listeners instantly recognize intelligent and grounded Jenny, meek and desperate Aubrey, and rich and wild Kate. LaVoy is also able to mature the voices so the girls age realistically as the story and timeline progress. The audio begins and ends with an intense and memorable soundtrack that impeccably fits the shocking ending. This is Gossip Girl meets Gone Girl and is poised to be one of 2017’s talked-about thrillers." -Booklist

“A gripping, tangled web of a novel—it pulls you in and doesn’t let you go. I loved it! -- Shari LaPena, author of THE COUPLE NEXT DOOR

"A page-turning whodunnit that will speak to anyone who's ever had a frenemy." -- RUTH WARE, bestselling author of THE WOMAN IN CABIN TEN and IN A DARK, DARK WOOD

“Secrets and scandals in an ivy league setting. What could be more riveting? Michele Campbell’s novel is a page-turning
Peyton Place." -- Tess Gerritsen, #1 Bestselling author

"A brilliant, twisting read that kept me guessing until the final page. A roller coaster friendship among three college roommates ends in murder years later -- unless the husband did it. I read my eyes out!." -- Janet Evanovich, #1 Bestselling author