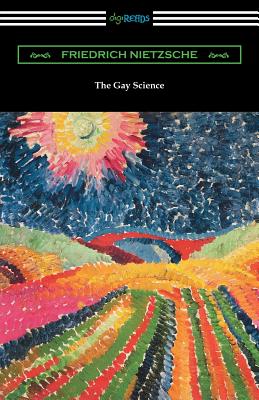 First published in 1882 and revised in 1887, "The Gay Science" was written at the peak of Nietzsche's intellectual abilities. It includes a large number of poems and an appendix of songs, all written with the intent of encouraging freedom of the mind. With praise for the benefits of science, intellectual discipline, and skepticism, "The Gay Science" also exhibits an enthusiastic affirmation of life, drawing from the influence of the Provencal tradition. Nietzsche additionally explores the notion of power and the idea of eternal recurrence, though not in a systematic way. This work is noted for one of Nietzsche's most famous quotations, "God is Dead", a phrase which figuratively expresses the idea that the Enlightenment had killed the possibility for a rational belief in God by modern society. Described by the philosopher himself as "perhaps my most personal book", this work is worthy of attention from anyone with an interest in moral philosophy and the most essential themes and views of Friedrich Nietzsche. This edition is printed on premium acid-free paper, follows the translation of Thomas Common, and includes an introduction by Willard Huntington Wright.