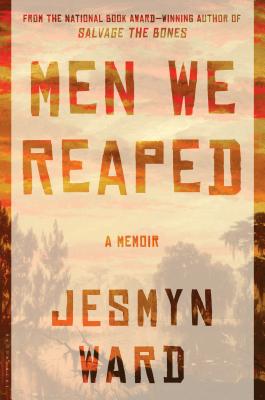 By Jesmyn Ward
Email or call for price.
Out of Print

“Men We Reaped is one of the rare nonfiction books that seem destined to become a literary classic. National Book Award-winner Ward intertwines the story of her life growing up poor and black in rural coastal Mississippi with the lives of five young men she was close to -- including her brother -- who died within a two-year span soon after she finished college. Ward writes with fire and passion as she captures the day-to-day systemic injustices and struggles that she and her family faced. Also clear is the deep love and roots that tie her to the people and place where she was raised. This book will break your heart, make you think, and get you angry. In the tradition of I Know Why The Caged Bird Sings, this is memoir at its finest.”
— Caitlin Caulfield, Odyssey Bookshop, South Hadley, MA

""We saw the lightning and that was the guns; and then we heard the thunder and that was the big guns; and then we heard the rain falling and that was the blood falling; and when we came to get in the crops, it was dead men that we reaped." --Harriet Tubman"In five years, Jesmyn Ward lost five young men in her life--to drugs, accidents, suicide, and the bad luck that can follow people who live in poverty, particularly black men. Dealing with these losses, one after another, made Jesmyn ask the question: Why? And as she began to write about the experience of living through all the dying, she realized the truth--and it took her breath away. Her brother and her friends all died because of who they were and where they were from, because they lived with a history of racism and economic struggle that fostered drug addiction and the dissolution of family and relationships. Jesmyn says the answer was so obvious she felt stupid for not seeing it. But it nagged at her until she knew she had to write about her community, to write their stories and her own. Jesmyn grew up in poverty in rural Mississippi. She writes powerfully about the pressures this brings, on the men who can do no right and the women who stand in for family in a society where the men are often absent. She bravely tells her story, revisiting the agonizing losses of her only brother and her friends. As the sole member of her family to leave home and pursue higher education, she writes about this parallel American universe with the objectivity distance provides and the intimacy of utter familiarity. A brutal world rendered beautifully, Jesmyn Ward's memoir will sit comfortably alongside Edwidge Danticat's "Brother, I'm Dying," Tobias Wolff's "This Boy's Life," and Maya Angelou's" I Know Why the Caged Bird Sings."

Jesmyn Ward grew up in DeLisle, Mississippi. She received her MFA from the Univ. of Michigan and has been a Stegner Fellow at Stanford and a Grisham Visiting Writer in Residence at the Univ. of Mississippi. She is currently an assistant professor of creative writing at the Univ. of South Alabama. She is the author of the novels "Where the Line Bleeds" and" Salvage the Bones," for which she won the 2011 National Book Award, and was a finalist for the NYPL Young Lions Literary Award and the Dayton Literary Peace Prize, as well as a nominee for the IMPAC Dublin Literary Award.