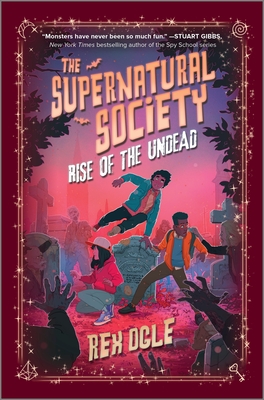 This is book number 3 in the Supernatural Society series.

"Monsters have never been so much fun." --Stuart Gibbs, New York Times bestselling author of the Spy School series on The Supernatural Society

Welcome back to East Emerson, a town chock-full of monsters, in this spooky and hilarious middle grade series about three kids who must unravel centuries of secrets to save the day.

Will Hunter just wants a quiet day in East Emerson. But instead: When someone starts raising the dead all over town, it's up to Will, Ivy, and Linus to unlock the centuries of secrets hiding underground and prevent a terrifying monster from being unleashed. And if they fail, it won't just mean the end of East Emerson--but the end of the entire world.