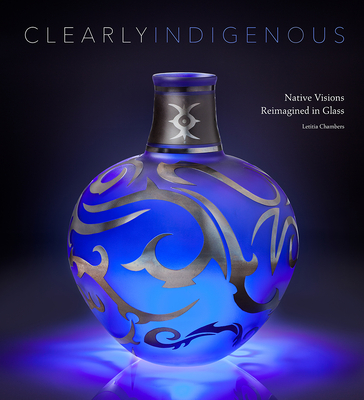 The expertise of Native glass artists, in combination with the stories of their cultures, has produced a remarkable new artistic genre. This flowering of glass art in Indian Country is the result of the coming together of two movements that began in the 1960s—the contemporary Native arts movement, championed by Lloyd Kiva New, and the studio glass art movement, founded by American glass artists such as Dale Chihuly, who started several early teaching programs. Taken together, these two movements created a new dimension of cultural and artistic expression. The glass art created by American Indian artists is not only a personal expression but also imbued with cultural heritage. Whether reinterpreting traditional iconography or expressing current issues, Native glass artists have created a rich body of work. These artists have melded the aesthetics and properties inherent in glass art with their respective cultural knowledge. The result is the stunning collection of artwork presented here. A number of American Indian artists were attracted to glass early in the movement, including Larry “Ulaaq” Ahvakana and Tony Jojola. Among the second generation of Native glass blowers are Preston Singletary, Daniel Joseph Friday, Robert “Spooner” Marcus, Raven Skyriver, Raya Friday, Brian Barber, and Ira Lujan. This book also highlights the glass works of major multimedia artists including Ramson Lomatewama, Marvin Oliver, Susan Point, Haila (Ho-Wan-Ut) Old Peter, Joe David, Joe Fedderson, Angela Babby, Ed Archie NoiseCat, Tammy Garcia, Carol Lujan, Rory Erler Wakemup, Lillian Pitt, Adrian Wall, Virgil Ortiz, Harlan Reano, Jody Naranjo, and several others. Four indigenous artists from Australia and New Zealand, who have collaborated with American Indian artists, are also included. This comprehensive look at this new genre of art includes multiple photographs of the impressive works of each artist.

Letitia Chambers is a scholar and collector of Native American art and former chief executive officer of the Heard Museum. She has been involved in issues affecting Native Americans throughout her career including serving as a trustee of the Institute of American Indian Arts and as a founding director and board chair of the Association of Tribal Archives, Libraries, and Museums. Prior to this, she had a long and distinctive career in education and public policy at the federal and state levels as well as in the private sector. In 1979, Chambers became the first woman staff director to lead a major standing committee of the US Senate. She was appointed by President Clinton as US Representative to the United Nations General Assembly in 1996. In 2004, she was appointed to lead the Higher Education agency for the State of New Mexico. Chambers has curated several exhibitions at the Museum of Indian Arts and Culture in Santa Fe including Clearly Indigenous. She lives in Santa Fe.