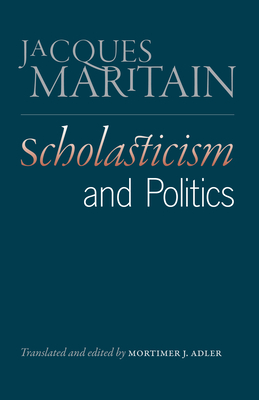 Scholasticism and Politics, first published in 1940, is a collection of nine lectures Maritain delivered at the University of Chicago in 1938. Maritain championed the cause of what he called personalist democracy--a regime committed to popular sovereignty, constitutionalism, limited government, and individual freedom. He believed a personalist democracy offered the modern world the possibility of a political order most in keeping with the demands of human dignity, Christian values, and the common good.

Jacques Maritain (1882-1973) was a French political thinker and philosopher and is widely recognized as one of the most influential interpreters of Thomistic thought to modern culture.