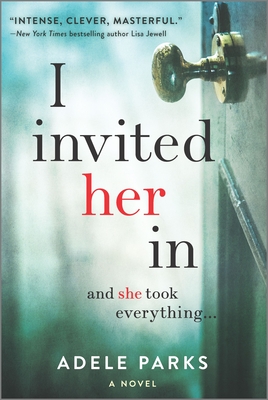 By Adele Parks
$16.99
Currently Out of Stock - Available to Ship From Our Warehouse in 3-5 Days

Melanie and Abi were best friends in college but drifted apart when Mel became a young mom and Abi married her college sweetheart, then went on to become a star. Years late Abi contacts Mel out of the blue for support after her marriage has failed. Melanie is only too happy to have Abi come stay with her family and revive their old bonds over late night wine-fueled chats. Abi loses all boundaries and becomes far too entrenched into Mel's family, but poor Mel doesn't find out until it's far too late.

Imagine the worst thing a friend could ever do. This is worse. When Mel receives an unexpected email from her oldest friend Abi, it brings back memories she thought she had buried forever. Their friendship belonged in the past. To those carefree days at university. But Abi is in trouble and needs Mel's help, and she wants a place to stay. Just for a few days, while she sorts things out. It's the least Mel can do. After all, friends look out for each other, don't they? I Invited Her In is a blistering tale of wanting what you can't have, jealousy and revenge from Sunday Times bestseller Adele Parks.