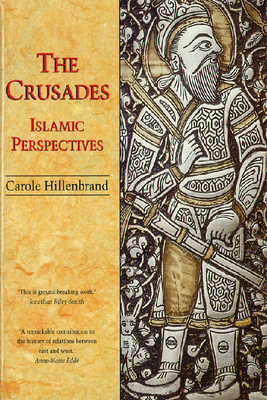 At the 900th anniversary of the Crusader capture of Jerusalem, it is timely to reflect on how the phenomenon of the Crusades influenced the Muslim world, then and now, militarily, culturally and psychologically. This book discusses a group of themes designed to highlight how Muslims reacted to the alien presence of the Crusaders in the heart of traditional Muslim territory. Ideological concerns are examined and the importance of the jihad is assessed in the context of the gradual recovery of the Holy Land and the expulsion of the Crusaders. Two chapters are devoted to an analysis of warfare - arms, battles, sieges, fortifications - on the basis of written sources and extant works of art, and the neglected aspect of the navy is brought into prominence. One chapter deals with the complex issue of the interaction between Muslims and Crusaders in a social, economic and cultural setting. The epilogue traces in outline the profound impact of the Crusades on Muslim consciousness until the present day.This is not a chronological survey of the events of the period 1099 to 1291and even beyond, for that has already been done several times. Instead, this is a general book intended to introduce some of the wider aspects of the history of the Crusades from the Muslim side. Accordingly, as a deliberate policy, an attempt is made here to view the phenomenon of the Crusades entirely through the prism of medieval Muslim sources. This naturally involves bias, but such a bias is salutary given the cumulative impact of centuries of Eurocentric scholarship in this field and it should help to create a more balanced picture of this fascinating and momentous period of Christian/Muslim confrontation and interaction.

Carole Hillenbrand is Honorary Professorial Fellow, Professor Emerita at the University of Edinburgh and Professor of Islamic History at the University of St Andrews since 2013. In 2005 she became the first non-Muslim scholar to be awarded the prestigious King Faisal International Prize for Islamic Studies, reflecting her 'revolutionary approach to the largely one-sided subject of the Crusades'. She is author of The Crusades (EUP, 1999), The Waning of the Umayyad Caliphate (Albany, 1989), A Muslim Principality in Crusader Times (Brill, 1990), and co-editor (with C. E. Bosworth) of Qajar Iran, (Edinburgh, 1984) and editor of The Sultan's Turret (Brill, 1999).