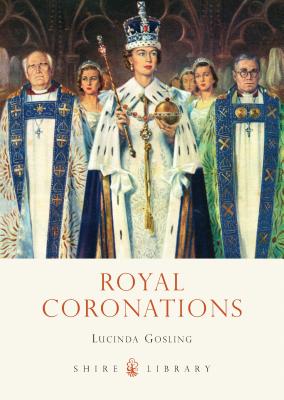 By Lucinda Gosling
$12.95
Not available for purchase

In 1953, Britain celebrated the coronation of Queen Elizabeth II, an event greeted at the time with widespread, nationwide enthusiasm. Sixty years on, the images and memories of the event still resonate, partly for their nostalgic appeal, but also as a reminder that while the monarchy of the modern age has had to move with the times, the affirming ritual of the coronation, with its pageantry, theatre and symbolism, is centuries old. This book takes a thematic look at the phenomenon of the coronation from its earliest origins and the meaning of the ceremonial rituals, to the precise behind-the-scenes organisation and the robes and jewels worn. It will also look at public responses to coronations over the years and how the magnificence of the event from the time of William the Conqueror gradually evolved and rose to new levels with the glorious global (and televised) celebration of 1953.

Lucinda Gosling studied history at the University of Liverpool and has worked in the picture library industry since 1993, currently at historical specialist, Mary Evans Picture Library, and formerly as manager of the Illustrated London News archive. Her interests and areas of specialisation include illustration, royalty and World War I. She has written articles on a wide range of subjects for magazines such as History Today, Illustration, Handmade Living and BBC News Online and is a regular contributor of features on royal history to Majesty magazine. She recently authored the successful Illustrated Royal Weddings by Haymarket and ILN Ltd and is currently working on a Diamond Jubilee title for the same publishers. Her book, Brushes & Bayonets, an exploration of the First World War through the cartoons and drawings in the Illustrated London News archive was published by Osprey in 2008.