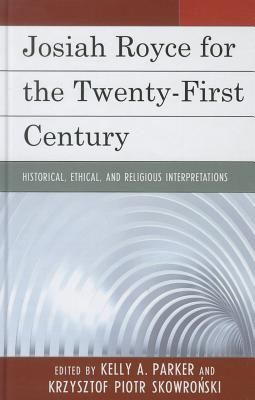 The sixteen chapters of Josiah Royce for the Twenty-first Century are papers from the Fourth Annual Conference on American and European Values / International Conference on Josiah Royce, held at the Institute of Philosophy, University of Opole, Poland in June 2008. The presentation of diverse perspectives, and the development of many distinctive, promising strands of inquiry from the spring of Royce's work, establish that Royce offers significant resources for a number of areas of contemporary philosophy. The book is organized into four parts: (I) Historical Reinterpretations, (II) Ethics: Interpretations of Loyalty, (III) Religious Philosophy, and (IV) Contemporary Implications. Section I considers Royce's position in the history if ideas, with papers on his account of individuation, his expansion on a key idea from Kant, his use and contribution to mathematical and philosophical conceptions of the infinite and the absolute, and his adaptation of Peircean semiotics. Sections II and III consist of focused readings of Royce's work regarding ethics and religious philosophy, respectively. Section IV is the most diverse in the topics covered, with papers that bring Royce into contemporary discussions of psychology, of the problem of reference, of Rortyan neo-pragmatism, and of literary aesthetics. The purpose of the Opole conference was to elicit fresh perspectives on the work of Josiah Royce from an international group of contributors. This collection achieves that aim by presenting new approaches to relatively familiar writings, by drawing out promising implications of Roycean themes, and by making genuinely new applications of his ideas. Josiah Royce for the Twenty-first Century presents a rich interaction among a diverse mix of commentators, who retrieve and construct promising new insights from the work of one of America's greatest thinkers.