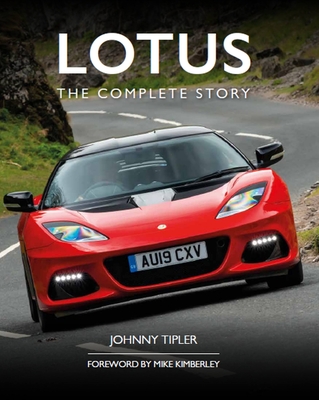 The story of the Lotus marque encompasses ongoing technical innovation on road and track, from the Mark 1 in 1948 to the World’s most powerful electric hypercar – the Evija – in 2021.

On the road, the Elite showcased the brand from 1957.

Next, the Elan was a fine-handling fibreglass-bodied sports car, while the Seven provided exhilarating motoring for DIY enthusiasts. The 1963 Lotus Cortina was a fast road car and a success on track. The Elan Plus 2 was built alongside the Elan two-seater and Europa, and in 1974 the road car range went upmarket, powered by Lotus’s own engines, with the Elite Mk 2 and Éclat, and the mid-engined Esprit produced between 1976 and 2004.

Tragedy struck with the sudden death of Colin Chapman in December 1982, aged 54. General Motors acquired Group Lotus in 1986, selling up to Romano Artioli’s Bugatti in 1993, enabling the ground-breaking Elise to launch in 1996. Ownership of Group Lotus passed to Malaysian car maker Proton, and in 2000, the Series 2 Elise and the Exige were released, maturing gradually over the next twenty years. The Toyota V6-powered Evora was announced in 2006.

Johnny Tipler is an international motoring journalist and author, with over 30 books published on a variety of sports-orientated subjects. He ran the JPS Motorsport press office for three years, chronicling the fortunes of Team Lotus and Players sponsored events. Johnny was also an associate of the Motor Industry Research Unit, deputy editor of Restoring Classic Cars, sub-editor on CarWeek from 1993 to1995, and features editor on Land Rover Owner International in 1996. He has contributed regularly to 911 & Porsche World, Land Rover Owner, Octane, and Lotus Club International magazines. His features have included ‘drive’ stories, interviews with key industry figures, sporting events (eg Carrera Panamericana), buying guides, and historical articles on important vehicles. His books include Alfa Romeo Berlinas, Fiat & Abarth 124 Spider & Coupé, La Carrera Panamericana, and Mini Cooper - The Real Thing! Johnny has a BA in History of Art. He currently lives in Norfolk and has four children.