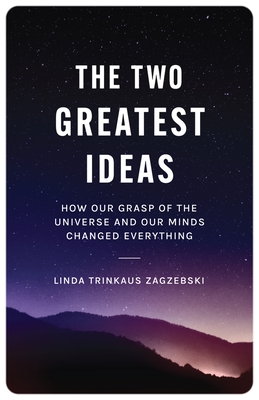 This book is a breathtaking examination of the two greatest ideas in human history. The first is the idea that the human mind can grasp the universe. The second is the idea that the human mind can grasp itself. Acclaimed philosopher Linda Zagzebski shows how the first unleashed a cultural awakening that swept across the world in the first millennium BCE, giving birth to philosophy, mathematics, science, and virtually all the major world religions. It dominated until the Renaissance, when the discovery of subjectivity profoundly transformed the arts and sciences. This second great idea governed our perception of reality up until the dawn of the twenty-first century. Zagzebski explores how the interplay of the two ideas led to conflicts that have left us ambivalent about the relationship between the mind and the universe, and have given rise to a host of moral and political rifts over the deepest questions human beings face. Should we organize civil society around the ideal of living in harmony with the world or that of individual autonomy? Zagzebski explains how the two greatest ideas continue to divide us today over issues such as abortion, the environment, free speech, and racial and gender identity. This panoramic book reveals what is missing in our conception of ourselves and the world, and imagines a not-too-distant future when a third great idea, the idea that human minds can grasp each other, will help us gain an idea of the whole of reality.

Linda Trinkaus Zagzebski is George Lynn Cross Research Professor Emerita and the Kingfisher College Chair of the Philosophy of Religion and Ethics Emerita at the University of Oklahoma. Her many books include Virtues of the Mind, Exemplarist Moral Theory, and Epistemic Authority. She lives in Santa Fe, New Mexico