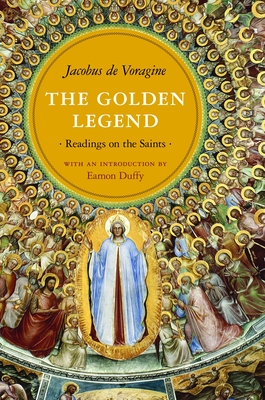 Depicting the lives of the saints in an array of factual and fictional stories, The Golden Legend was perhaps the most widely read book, after the Bible, during the late Middle Ages. It was compiled around 1260 by Jacobus de Voragine, a scholarly friar and later archbishop of Genoa, whose purpose was to captivate, encourage, and edify the faithful, while preserving a vast store of information pertaining to the legends and traditions of the church. In this translation, the first in English of the complete text, William Granger Ryan captures the immediacy of this rich work, which offers an important guide for readers interested in medieval art and literature and, more generally, in popular religious culture.

Arranged according to the order of saints' feast days, these fascinating stories are now combined into one volume. This edition also features an introduction by Eamon Duffy contextualizing the work.

William Granger Ryan was a priest in the diocese of Brooklyn and Queens and president of Seton Hill College. Eamon Duffy is professor of the history of Christianity at Cambridge University. His books include The Stripping of the Altars and Saints and Sinners.