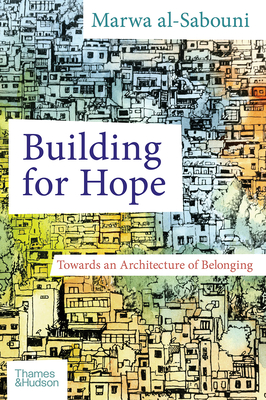 This new book by Syrian architect Marwa al-Sabouni, seeks to understand how cities and buildings—scarred by conflict, blight, and pandemic—can be healed through design and urban mindfulness.

When Marwa al-Sabouni published Battle for Home in 2016, she was a little-known architect, living in battle-ravaged Homs, Syria, unable to practice her profession. She turned her fierce intelligence to chronicling how her city and country were undone through decades of architectural mismanagement and mistakes. Once published, Marwa al-Sabouni’s book and story attracted the attention of international media—CNN, The New York Times—and received critical acclaim worldwide. The United Nations called on her for insights and expertise. She became a TED fellow, was invited to speak to audiences around the world, and some suggested she be nominated for architecture’s highest honor, the Pritzker Prize.

Al-Sabouni’s deep understanding of Middle Eastern heritage and architecture gives her insight into a wide range of cities, informing her views on how cities work best, how they might fail, and what can be done to harmonize the lives of all their inhabitants.

In this compelling new book, al-Sabouni draws together several narratives: her personal and professional observations of some of the world’s most fascinating cities, from Detroit to Helsinki; the lessons that Western societies might learn from Islamic culture and design; and philosophical reflections on how our personal and communal spaces can provide the basic foundations for happiness. Through this tapestry of personal experience, unblinking perspective, and insight, al-Sabouni offers real-world solutions—and hope—for how peace might be created through mindful urban planning.

Marwa al-Sabouni has a PhD in Islamic architecture and runs a private architectural studio in Homs, Syria. She has written for Architectural Review and Wall Street International. She is co-owner of the first and only online media site dedicated to architectural news in Arabic, Arch News.

Ambitious... Building for Hope is expansive, abstract, and at times extraordinarily idealistic... Al-Sabouni argues that architecture is a necessary agent for any kind of peace, any possibility of belonging in our modern, extremely polarized world... It’s especially enlightening to read about Western cities through the lens of an architect specialized in Islamic traditions... Building for Hope is dense and daring. Readers will finish with a list of people and places to investigate, as well as with a firm belief that a better future lies in valuing community over ostentation, coherence and decency over luxury, truly livable cities over places designed purely for profit.