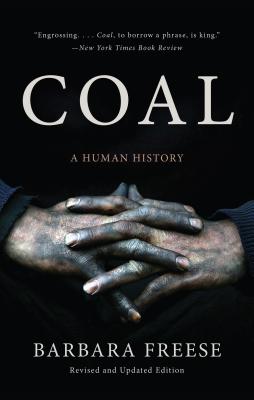 In this remarkable book, Barbara Freese takes us on a rich historical journey that begins hundreds of millions of years ago and spans the globe. Prized as "the best stone in Britain" by Roman invaders who carved jewelry out of it, coal has transformed societies, launched empires, and expanded frontiers. It made China an eleventh-century superpower, inspired the Communist Manifesto, and helped the North win the American Civil War. Yet coal's transformative power has come at tremendous cost, from the blackening of our lungs and skies, to the perils of mining, to global warming. Now updated with a new chapter describing the high-stakes conflict between coal's defenders and those working to preserve a livable climate, Coal offers a captivating history of the mineral that helped build the modern world but now endangers our future.

Barbara Freese is an environmental attorney and energy policy analyst, who for more than twelve years helped enforce her state's environmental laws as an Assistant Attorney General in Minnesota. Freese lives in St. Paul, Minnesota.

"An absorbing book
that never loses its grip. Barbara Freese is a splendid writer and takes the
coal of the whole world into her compass."—New Scientist

"A magnificent and
plaintive ballad to the black stone that radically altered the path our lives
have taken."—Providence Journal

"An engrossing account of
the comparatively cheap, usually dirty fuel that supported the Industrial
Revolution, inspired the building of canals and railroads to move it, and once
made London and Pittsburgh famous for their air."—New York Times

"Freese's passion for coal
is born out of her work.... Freese's book is as much about the growing scientific
evidence of the damage coal causes to the environment as it is about the social
history of the Industrial Revolution."—Financial Times

"Freese has a deft style and
a knack for explanatory metaphors. And she enlivens her meticulously researched
history with anecdotes and surprising facts.... Above all, Freese is a strong
storyteller who captivates with detail."—Minneapolis Star-Tribune

"A rich social,
environmental and political history that ends on a note of warning about the
continued use of coal despite detrimental effects on the environment."—The Oregonian