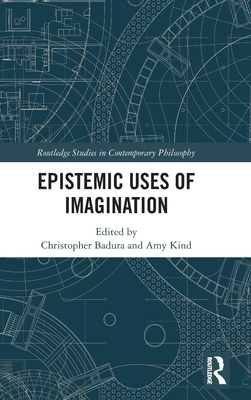 This book explores a topic that has recently become the subject of increased philosophical interest: how can imagination be put to epistemic use? Though imagination has long been invoked in contexts of modal knowledge, in recent years philosophers have begun to explore its capacity to play an epistemic role in a variety of other contexts as well.

In this collection, the contributors address an assortment of issues relating to epistemic uses of imagination, and in particular, they take up the ways in which our imaginings must be constrained so as to justify beliefs and give rise to knowledge. These constraints are explored across several different contexts in which imagination is appealed to for justification, namely reasoning, modality and modal knowledge, thought experiments, and knowledge of self and others. Taken as a whole, the contributions in this volume break new ground in explicating when and how imagination can be epistemically useful.

Epistemic Uses of Imagination will be of interest to scholars and advanced students who are working on imagination, as well as those working more broadly in epistemology, aesthetics, and philosophy of mind.

Christopher Badura is a PhD student in philosophy at the Ruhr University Bochum, Germany, working on logics of imagination. His research interest is philosophical logic and its application to philosophical issues concerning imagination.Amy Kind is Russell K. Pitzer Professor of Philosophy at Claremont McKenna College, where she also serves as Director of the Gould Center for Humanistic Studies. In addition to authoring the introductory textbooks Persons and Personal Identity and Philosophy of Mind: The Basics, she has edited Philosophy of Mind in the 20th and 21th Centuries, The Routledge Handbook of Philosophy of Imagination, and (with Peter Kung) Knowledge Through Imagination.